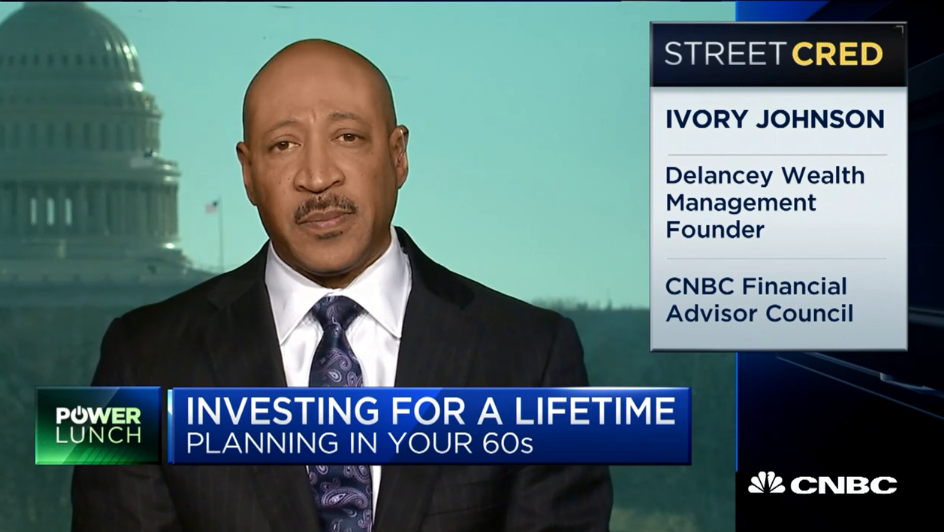 Ivory Johnson, CFP®, ChFC Delancey Wealth Management, LLC
Ivory Johnson's ability to communicate intricate financial issues into easy-to-understand terms has served his clients well. With over two decades of helping families and small businesses create and protect wealth, he has seen the benefits of developing a financial game-plan. Mr. Johnson combines his extensive professional and academic experiences to diagnose an increasingly complicated world. He believes that if you can't explain it, you don't understand it, choosing the colloquial in favor of formal.

Mr. Johnson has a B.S. in Finance from Penn State University, is a Certified Financial Planner (CFP®), a Chartered Financial Consultant (ChFC) and has been recognized by the Global Blockchain Association and RIA DAC for his proficiency in blockchain technology and digital assets. He is also a member of the CNBC Financial Advisor Council made up of 20 high-level financial professionals, and regularly contributes articles to CNBC.com, and has been quoted in Investment News, the Wall Street Journal, Black Enterprise, Money Magazine, Kiplinger’s and other publications.

He is a member of Alpha Phi Alpha fraternity, Inc. where he was awarded the Leon N. Gordon Order of the Sphinx for his leadership and the President’s Award for his mentoring activities. He is the Immediate Past President of the 100 Black Men of Greater Washington, D.C. and received the Washington, D.C. Chamber of Commerce Non-Profit of the Year Award for the organization’s mentoring and STEM programs throughout the city during his tenure as president.

In his spare time, Ivory enjoys playing golf, riding bikes, reading good books, and listening to open mic poetry. As an avid Penn State football fan, he has been known to frequent Beaver Stadium during the fall. He is also the father of a 23-year-old son who graduated from Morehouse College with a degree in economics and is reportedly off payroll.